“I feel like I’m supposed to pick a team, or something,” I say. “It’s like there’s all these different religions, and then there’s just me, standing on the sidelines, trying to choose one. But they all say they’re right, and so I’m just left there, clueless.”

It’s the middle of my gap year, and I’m eighteen years old. I’m sitting in a café with my friend’s mom, K. K works at a seminary and has been checking in with me every few months to see how I’m doing in my spiritual journey.

“Well, Sara,” she says. “Your parents were Christians once, right?”

“And you were baptized as a baby.”

“So it almost seems like you’re already on a team,” she says. 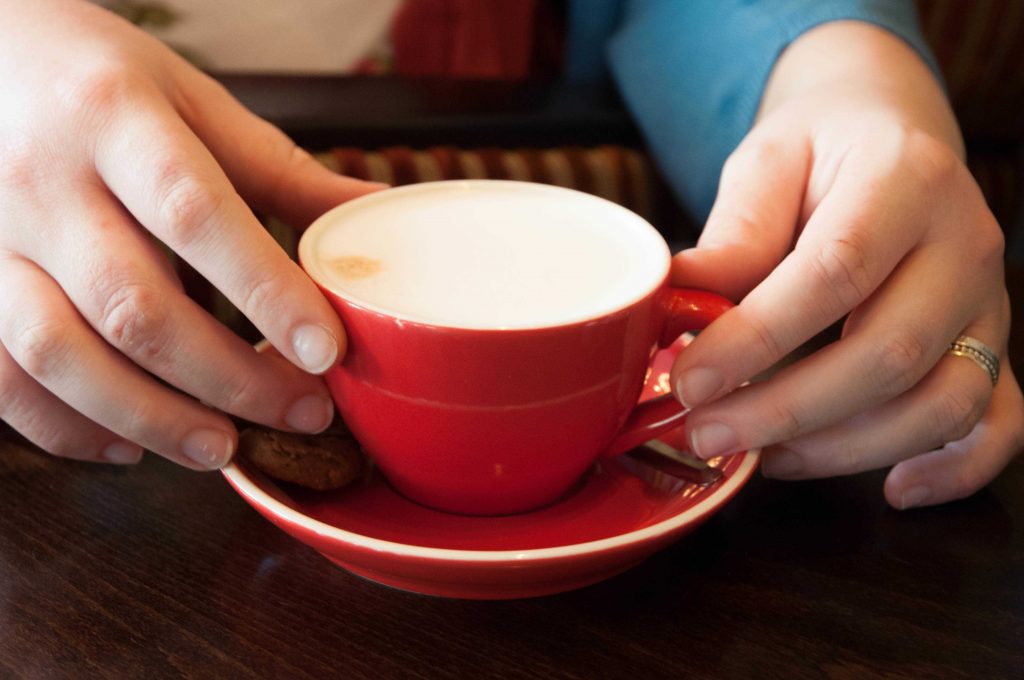 In the beginning, there were my parents: a lapsed Catholic and an agnostic-turned-Anglican. I was baptized, and by the time my little brother came along, we were attending a Unitarian Universalist church. If you’re keeping track, that’s three denominations so far.

The UU church gave me a lot more questions than it did answers. Sharing questions is part of the beauty of UUism, but that beauty was lost on a nine-year-old who was scared out of her mind of the afterlife – or, rather, the lack thereof. I wanted answers, and I wanted a community; which is how, at the age of twelve, I decided I wanted to be Jewish.

It wasn’t entirely out of the blue. My best friend was Jewish, and I attended her family’s shabbat dinners often. At her bat mitzvah, I saw her held up by her community; I heard her rabbi tell the congregation things about family and justice with which I agreed, and something in me cried out for a world like that.

So for about seven years I studied Judaism privately – in my room, in libraries, and in the backs of bookstores. The first time I finished a book about conversion – Choosing a Jewish Life by Anita Diamante, which I highly recommend – I cried. And then in my gap year, when I was reading about the Hebrew Bible every day, I realized that if I didn’t marry a Jewish man, I would probably never be able to live an authentic Jewish life. This was a problem because I was seriously in love with a fellow goy, and because the marriageable population of Jewish men in the Netherlands is relatively small.

So when I came back to the US and had that conversation with K, I mournfully started attending her church – because even if Christianity was a religion I didn’t feel connected to, at least it was one into which I had a birthright.

The problem was, my life was messy. I traveled a lot, and I could never find a church to attend for more than a few weeks at a time. Whatever country or city I was in, I tried out churches that left me frustrated, or bored, or angry. None of them fit. So instead of letting my relationship with God grow within the framework of a religion or denomination, I let it grow on its own. I avoided the things that made me feel farther from God, like going to churches that preached hate, discrimination, or evangelism (hey, you can take the girl out of Unitarian Universalism, but I guess you can’t take UUism out of the girl). And I did the things that made me feel closer to God, like reading certain books or blogs, praying, and going on walks alone.

And slowly, it became a part of me. I began to feel a little bit Christian, though I still didn’t know where I belonged. At college, I was the token believer in my UU group and the token liberal in my Christian group. People would ask me about my religious beliefs and I would say, “It’s complicated.”

I knew I believed in God. I knew I wanted to live a good life and be a good person. But I didn’t know much else. 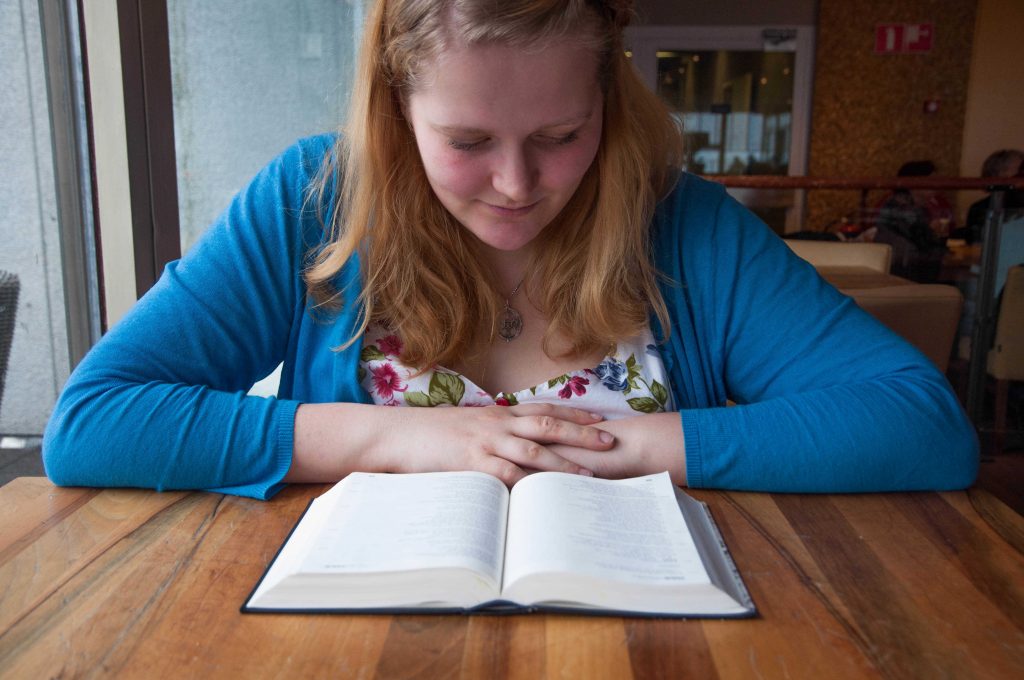 Meanwhile, I worked at a Quaker summer camp and realized that Quaker values – simplicity, peace, and integrity – were the ones by which I wanted to live my life. And because I couldn’t go to one church when traveling, I started watching the sermon videos of my church back home – the church K had taken me to. It was a small Methodist church with no frills, whose videos had no production value. A church that preached doing good, being charitable, being forgiving, and being kind. A church that taught the messages within the New Testament that had first made me think, “maybe this is a good fit, after all.”

It turned out that the values that made me feel the closest to God – radical kindness, generosity, and forgiveness; turning from jealousy, hatred, and anger; acknowledging inner faults and striving to be a better person – were things that Jesus had taught. And so one morning, I woke up and I realized that, somewhere down the road, I had accidentally become a Christian. A messy Christian – one who was  a little bit Quaker and a little bit Methodist, one who had been influenced by my mother’s Catholicism, my history of UUism, and my study of Judaism. But a Christian nonetheless. Someone who wanted more than anything to be a good person and live by the values that Jesus taught.

This is the story of how I came to stand where I am. Christian, by accident and by choice, after many years of wandering.

This Easter Sunday, I will be confirmed in the Methodist Church I first attended with K. I will stand up before my family and friends, and I will make official the process that started within me so long ago.

When I sat in that café three years ago, thinking about what it meant to be Christian, I assumed that it meant knowledge and self-assurance. I assumed that, if I ever committed myself to a faith system, it would be knowing exactly what I believed, down to the letter. But as I’ve gone deeper into study – as I’ve wandered down the path towards a Christian life – I realized that I will always have doubts and fears. Committing myself to a faith system is not a sign that I’ve got it all figured out. It’s a sign that I’m going to keep fighting to figure it out, on this “team.” From this perspective. In this community.

Because Christianity teaches us that we are messy, but loved beyond measure by something pure and true and good. It teaches that love as an example of what we should project and give back to the world. And that’s the kind of woman I want to be. 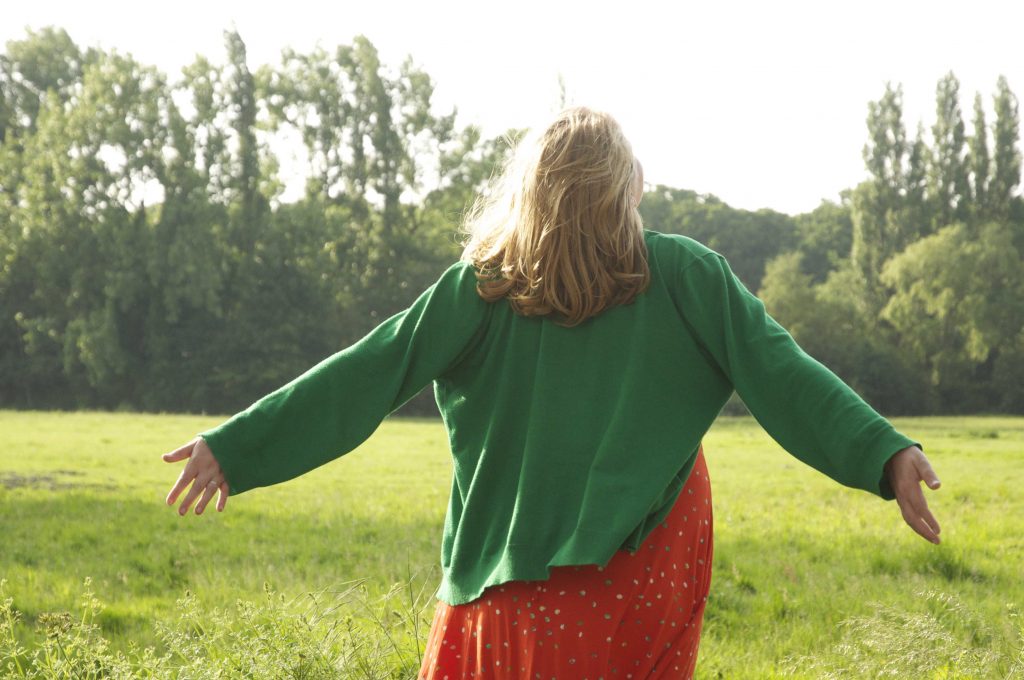