So I’ve done a little bit of traveling in the last few months. Holland. Rural Germany. Paris, New York, D.C. Of course, nothing interesting happened and all my travels went completely according to plan, which is why I haven’t blogged about any of it.

Of course my boyfriend and I missed our train to Germany.

Of course I messed up the return date on our ticket from D.C., so that my mom had to find us a hotel in the city for that night.

Of course my boyfriend lost his passport on a train, so that we had to go to New York on the morning of his flight home to get him an emergency travel document.

And of course we had both just contracted strep. 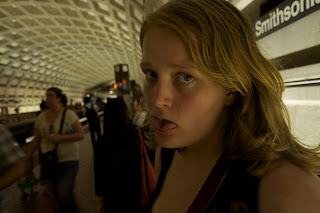 For those of you who haven’t gone to the Dutch consulate for a laissez-faire document on the morning of your impending farewell, here’s how it goes:

You stress on the train to New York. You stress about getting the passport on time

for the flight. You stress about the impending goodbye, and you begin to stress about that rash on your wrist, which looks pretty life-threatening, and is absolutely in no way a reaction to the stress.

You get to New York. You argue with the lady at the consulate (“Well, we would have been here earlier if you had given us an appointment!”). You are told to wait for an hour and you sit angrily in a Starbucks while your boyfriend tries to mail his travel documents to the embassy. You think about goodbyes. You cry a little bit. You cry a little bit more, and then you get the emergency passport, and you take the train to the airport. 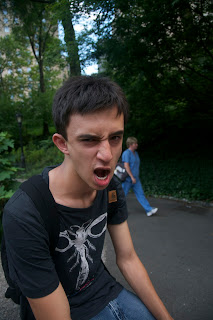 This is going pretty well! You have time to spare! The rash on your wrist has subsided, and it looks like you’re not going to die dramatically later this evening, after all.

You expect the goodbye to be the hardest part, but it’s okay. You cry less than when he was packing this morning (but still more than Nora Ephron would have). You’re going to be alright, after all, you think. You’re going to become one of those busy career women with a fulfilling long-distance relationship. You’ll finally read your mother’s book. And you’ve been meaning to get to the gym.

But it doesn’t really work that way. The hardest part turns out to be next morning. The last thing you want to do when you wake up is go work out (and you still have strep), so instead you eat two popsicles and a half-a-bar of chocolate for breakfast. You discover Dawson’s Creek is on Netflix and decide to see what everybody’s talking about. In a fit of spending-grief, you buy a ridiculously expensive blouse at Anthropologie that doesn’t even button at the chest, and you forget that you agreed to go to a birthday party that night.

This is so not what Nora Ephron would do, you tell yourself. Wait, yes, she would. And if she were nineteen and still alive, she would totally blog about it.

So, Reader, I am back. And boy, do I have some stories for you.