I’ve never been graceful. My posture is best described as “hunched,” I regularly stain my own shirt with anything from paint to hummus, and my mom used to tell me I walk like a duck. I once, at my first dinner with my fiancé’s parents, accidentally flung a butter knife over my shoulder. At a restaurant. In France.

All this to say: I’m not quite a lady.

Growing up in the family that I did, none of these things were ever a big deal; I was brought up knowing that, from my intellect to my character, it was what was on the inside that counted. But as a teenager, I adopted the seemingly universal American fascination with the classic, timeless elegance of women like Audrey Hepburn and Grace Kelly. I remember reading a novel once about a lawyer who decided to become a modern-era Doris Day; her new style, persona, and pillbox hats helped her advance in her career and, of course, find love. I wondered: was it that easy to become a lady?

This interest disappeared in college. Ironically, I went to Wellesley, a college whose students are often thought to embody the classic, preppy style that I once found so interesting — one look at the film Mona Lisa Smile will tell you why. But at the Wellesley that I went to, I was pushed to be brilliant, articulate, and hard-working; and as long as I was those things, it didn’t matter if I ate with my elbows on the table or wore pajamas to German class. 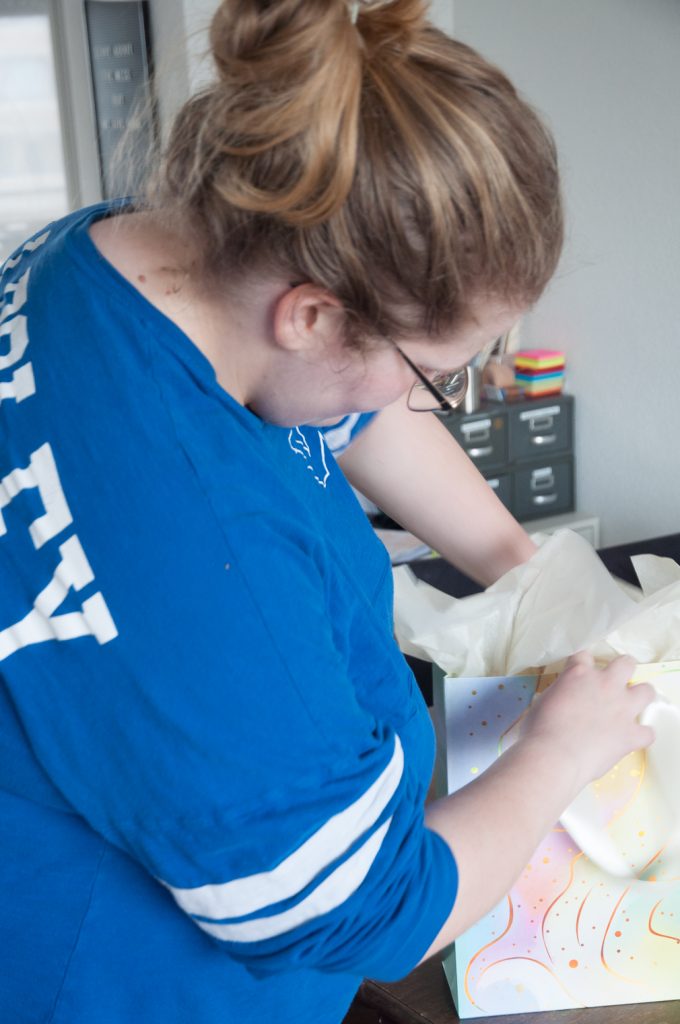 A candid photo of what I usually look like: wearing my sleep shirt, hair falling out of a bun, glasses, and my sleeves rolled up.

That attitude has followed me into my adult life, in which I have no problem sitting with one leg under me at all times, eating dinner on the couch, or wearing the same dress four times before I wash it (hummus stains be damned). I don’t think much about these habits until one of those awkward moments in which they suddenly go from “normal” to “mortifying,” like when Ken’s parents came over and I was in my pajamas at 4PM on a Sunday, or when I went to a Michelin-star restaurant and had no idea how to eat, drink, or be merry without embarrassing myself and my company. (No knives were flung at this particular dinner, thank God.)

Those feelings came to a head recently when I saw a video in my YouTube recommendations called “5 TIPS to Being A CLASSY LADY.” I clicked on it with a sort of morbid fascination. Coming from Wellesley, where careful language matters as much as intent, the idea of un-ironically using the word “classy,” calling yourself a “lady,” and implying that these things were in any way better than being exactly who you are as-is, were as foreign to me as if the video had been called “7 TIPS for Becoming a DRAGON at the Next NEW MOON.” The video’s creator was similarly intriguing: she was in her forties, with her hair sleek and curled like a Hollywood starlet and her full face of careful makeup. She looked like the mom in a teen TV show about a football town. She was unlike most, if not all, if the women that I knew in my hometown or my day-to-day life in the Netherlands. But somehow, I found her fascinating — and I even kind of liked her.

More interesting to me were the comments on the video. “I am 29 years old and I feel like a lot of my generation and the generation after mine are so lost when it comes to being ladylike,” said one commenter. Another wrote, “I’m 26… I wish more women in my generation were like this.” One said, “As a 16 year-old, I can say that it’s never too early or too late to learn how to be classy.”

Not only were there women on YouTube talking about acting like a lady, but there were also young women — many of them — who loved it. This discovery lead me down a weird rabbit hole of videos on leg-crossing, “poor girl tips” on how to “look expensive,” and tutorials on something called “rich girl hair.” It was a totally different world from mine, and in some way, I found it intoxicating. Somehow I both believed that all of this was bullshit and wondered what I’d look like with my hair blown out. 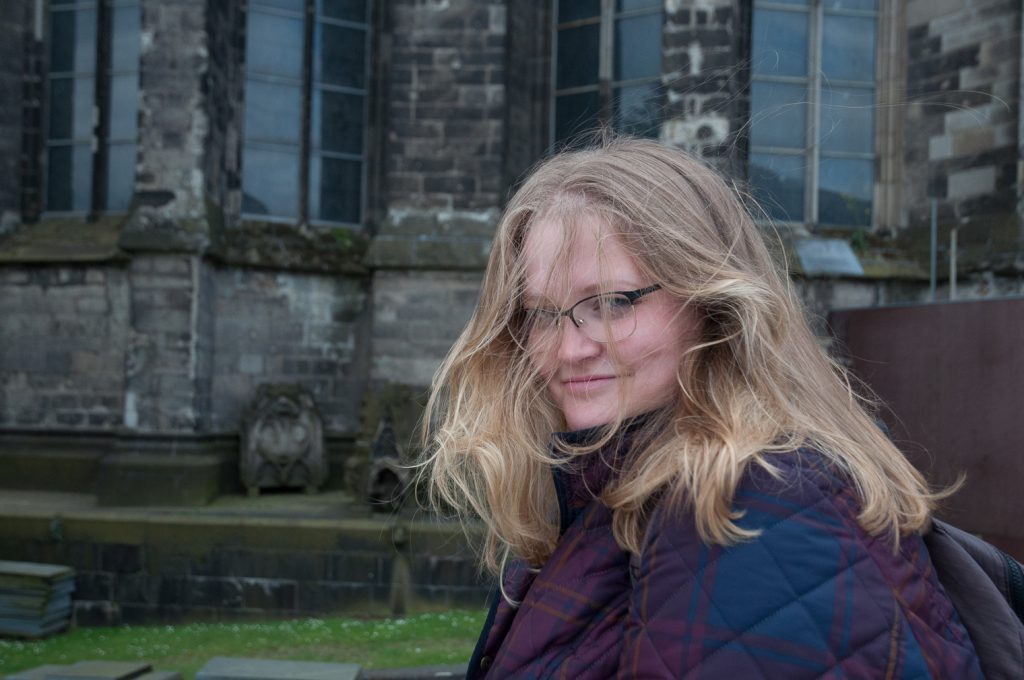 The closest I ever come to a blow-out. #naturalbeauty

What do millennial women think it means to be “ladylike?”

The answers to my next question was more interesting. I asked my followers to send me a message telling me what the word ‘ladylike’ meant to them, and I got a ton of responses from all over the spectrum of opinion.

A lot of the answers I got reflected a negative opinion, specifically because the pressure to “act like a lady” can limit a women’s freedom of expression. My friend Zoe responded that “the phrase carries with it a lot of restrictions and rules about what being a woman is.” Keeley agreed, saying that “Acting like a lady, in my opinion, is just squashing your natural behaviour and personality. Don’t speak up, wear uncomfortable clothes, don’t eat, drink, do certain things. It seems like a form of control.” Leonarda shared that “this term has always made me feel pressured and suppressed.” And Rachel, who blogs over at The Confused Millennial, shared that because she was told to be more ladylike as a kid, to her, “being submissive to please others is the first thing that comes to mind” when she thinks of being a lady — though she added that she doesn’t judge anyone who identifies with the word.

Those comments reflected a lot of the ideas I had around being ladylike while I was growing up and in college. But I was surprised to read positive answers, too. Some of them reflected the definition of ladylike that I thought of most often, which focuses on appearance and respect. Gina wrote, “Being ladylike is presenting yourself in a way that makes others think no less of you or other women. Showing respect to yourself in how you act, sit, dress etc.” Darrian, whom I met at last year’s Her Conference, responded that “as someone who is to go to a lot of military events and lives with this connotation of being a future officer’s wife, I always judge my outfit by whether or not it’s “ladylike”. To me it’s a positive thing because I love knowing that I’m representing the best version of myself and my husband.”

I also got positive answers that focused more on the interior: Simran wrote that being ladylike means “taking real life in stride, while recognizing that other alternatives exist.” Nithyashree‘s comment was one of my favorites: she said that “For me, being lady like has more to do with one’s character and attitude than mere external appearance. One must be able to gracefully handle any situation that is thrown her way without being perturbed…  It really doesn’t matter whether your hair and makeup is on fleek at all times. What really matters is what’s within.”

The diversity in the answers I got made me think. I’ve personally never felt pressured to act a certain way because I’m a woman, and because of the communities that I come from, I’ve always looked at the idea of acting “ladylike” with a healthy dose of skepticism. But there was a version of me, years ago, who was enchanted by the grace and elegance of the leading ladies of old Hollywood; and when I read about how some people in my inbox thought positively about being a lady, I felt a flicker of her again. What would it be like to switch gears — to experiment with acting like the kind of woman I never felt I had to be?

This is how I ended up standing standing barefoot in the kitchen the following morning, wearing full makeup and a pearl bracelet, making avocado toast.

Welcome to my month of exploring how the other half of my half lives. I’m calling it My Fair Millennial: 1 Month to Looking, Dressing, and Acting Like a Lady (Whatever That Is). For the next 30 days, I’ll be learning the ins and outs of etiquette, styling my hair and makeup after certain influential women, and exploring what exactly the idea of being a lady means to millennial women — and to me.

There will be posture classes.

There will be embarrassing challenges, chosen by my friends.

There will be a lot of eyeshadow.

Join me, will you? 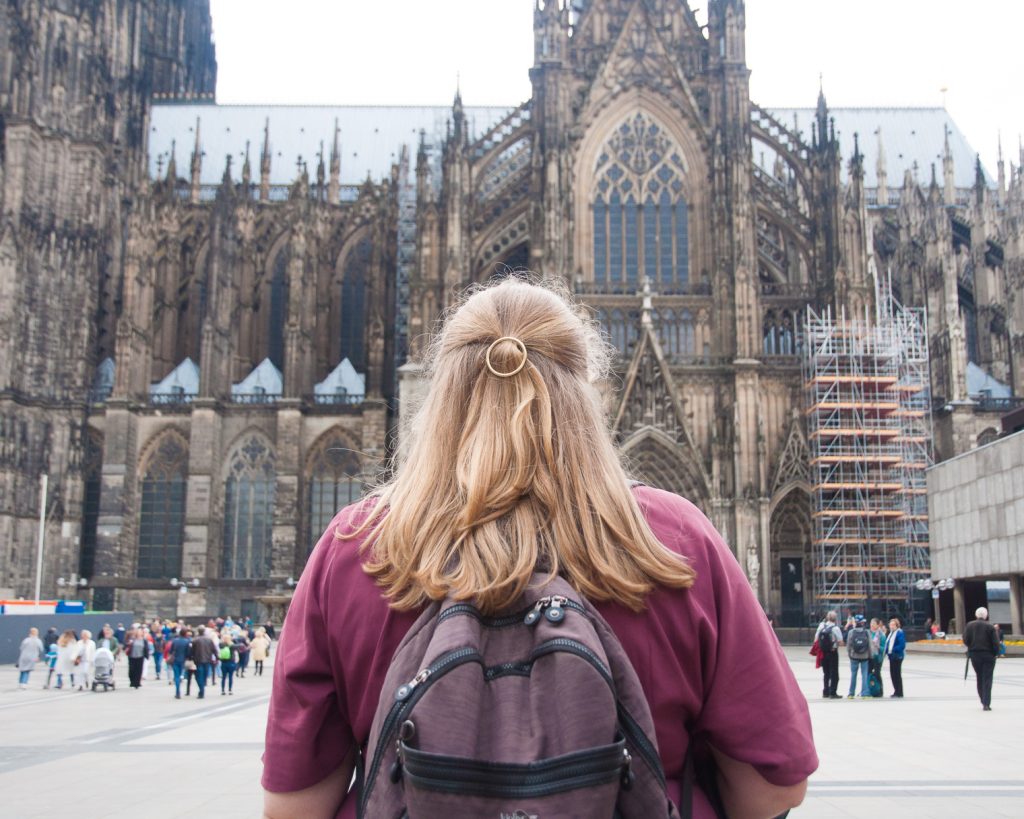