It’s familiar because, by now, I do this about five times a year. Cultural displacement and leaving loved ones is a permanent part of living a permanently international life: both a privilege and a burden. Wednesday was like many other goodbyes, but this time, there was one crucial twist.

Ken was off to his first day at a Real Grown-Up Job, and my flight wasn’t to New York or Amsterdam. It was to London, to start my year abroad at Oxford!

My mom and I arrived in the mid-morning at London-Gatwick Airport, Heathrow’s smaller, quieter cousin. My parents used to live in Oxford when my dad was a junior fellow at the university, and it was the happiest time of my mother’s life (as she often reminds me). As a result, when my mother saw how nervous I was about moving abroad, she decided to come along to see old friends and help me settle in.

Oxford is a two-hour bus ride from the airport, through hills and patchwork farmland. When we arrived there, enormous suitcases in tow (I’m terrible at packing, and almost always bring too much), we immediately headed to my college to pick up the keys to my new flat. Then it turned out I was allergic to the whole apartment – or, rather, its thick carpeting in almost every room. Back to the college to speak to the accommodations manager; new keys, new room. 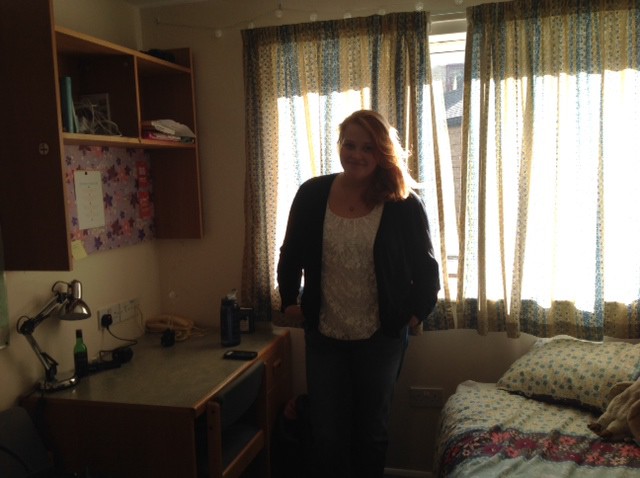 Now, instead of living in an apartment, I live in a dorm. I’m in a single room on a long hall, with a kitchen, one toilet, and one shower to share. It’s certainly a culture shock after being at my previous college, where the dorms were much cozier and had multiple toilets and large showers.

You know what else is a surprise? How few women there are.

Yesterday, I was invited to a “cream tea” for international students. It turned out it was for international graduate students, which was not indicated on the card. I was the youngest person, and the only woman, at the Theology table. After attending a school with mostly women, it was a really weird experience.

When I applied to my home college, I wrote about wanting to go to a women’s college so it could help me grow in myself before entering the “boy’s club” of religious scholarship. Living there, I wasn’t exposed to how much of a boy’s club it really was. But sitting at this table, in this big room filled with mostly older white men, snapped me back to reality. On the one hand, it made me feel a little wary. On the other, it also made me feel proud and lucky. One hundred years ago, it would be unheard of for me, as a 21-year-old woman, to be taken seriously in this room. But not today. I had earned my place at that table.

Even if it was technically meant for graduate students.

That was really my only academic experience with Oxford thus far. Michaelmas term only begins on the 12th of October, and next week, referred to “Fresher’s Week” or “Naught Week”, is mostly for social affairs like parties and ice-skating events (FUN! I’m much more the wobbly-ice-skating type than the pubs-and-parties type). This week is a bit of a prep week. Few students have moved into my dorm yet, so I’ve mostly used these days for setting up my room and getting to know the city, with my mom’s help.

Since my experiences so far have been mostly cultural and not academic, I guess I can tell you about the culture shock. Absolutely every aspect of living here is different than in America or the Netherlands. Everything is expensive – one load of laundry in my dorm costs the equivalent of $5.08! It’s also much, much colder than October in either Leiden or Massachusetts. Goodbye, sundresses! Hello, scarves and hats and “jumpers.” There are 800 year old cafés (yes, really!). None of the coins make sense, and the way the university is set up is so foreign to me. Here is some of what I’ve learned so far: 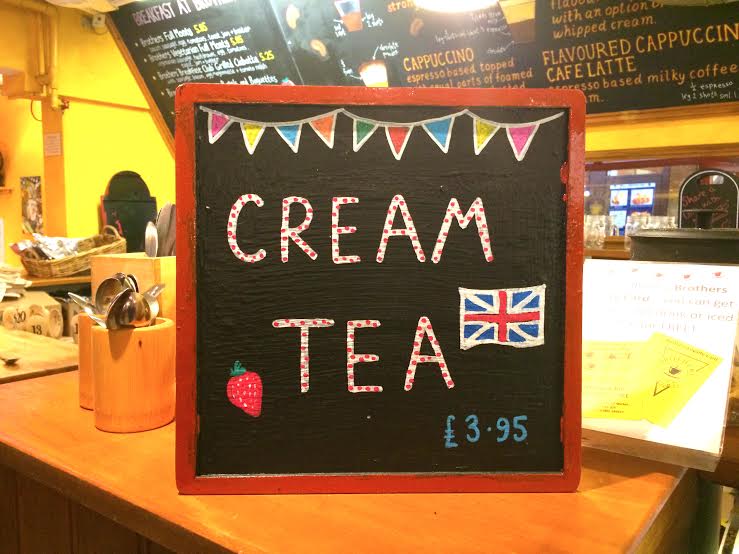 The new words are surprisingly hard to get used to. People really don’t know what a sweater is unless they think about it; you have to ask for a jumper. No one says restroom, and a bathroom is only called that if it has a bath in it. Instead, you have to ask for the loo, the toilet, or the ladies’. This is quite hard for me to remember, and when I use the new words I feel like I’m in a play, not real life.

Something else that’s really strange is how obviously the old culture of wealth and classes plays into how the university is set up. For example, each college has a Porter’s Lodge, with porters who answer your questions, hand you your mail, or call you a cab. They are all friendly, balding men who wear ties with the official college logo and call you “miss”. I also have a “scout” who comes to clean my room once a week and empty my trash every day. It’s all so weird having remnants of a culture of “servants” and members of the upper class. It makes me feel really odd, but I guess I’ll get used to it. The porters are really nice, and I like chatting with them already.

That’s all for now. Today I have my first inductions and introductions to university life. I have my first meeting with a professor this Tuesday, to talk about what my private tutorial/class will be about, and which subjects I want to cover. Of course, I’m totally terrified. But I’m going to talk in with my head held high, like I own the damn place. 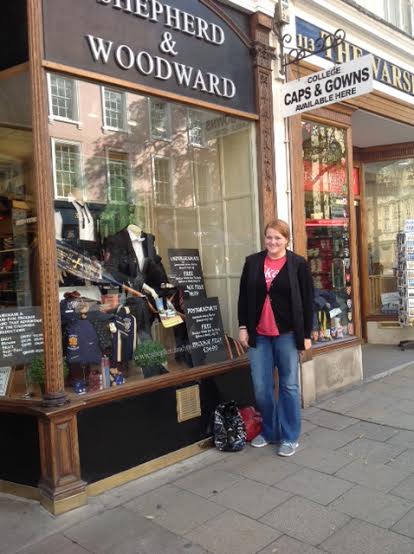 Me in my super silly (and mandatory!) Oxford gown.