I didn’t go to prom. Instead, my ex and I had a “pajama prom” where we watched Doctor Who with my little brother in our corsage, boutonniere, and PJ’s. One of my friends repeatedly told me I’d regret not going, because it’s the one opportunity you have to get  fancy while you’re young.

It seems that there’s a black-tie occasion here every other week. Last week alone, I went to two, prompting the legitimate question: what do you wear when you’ve never been to a black-tie event before, and now you have two in three days? 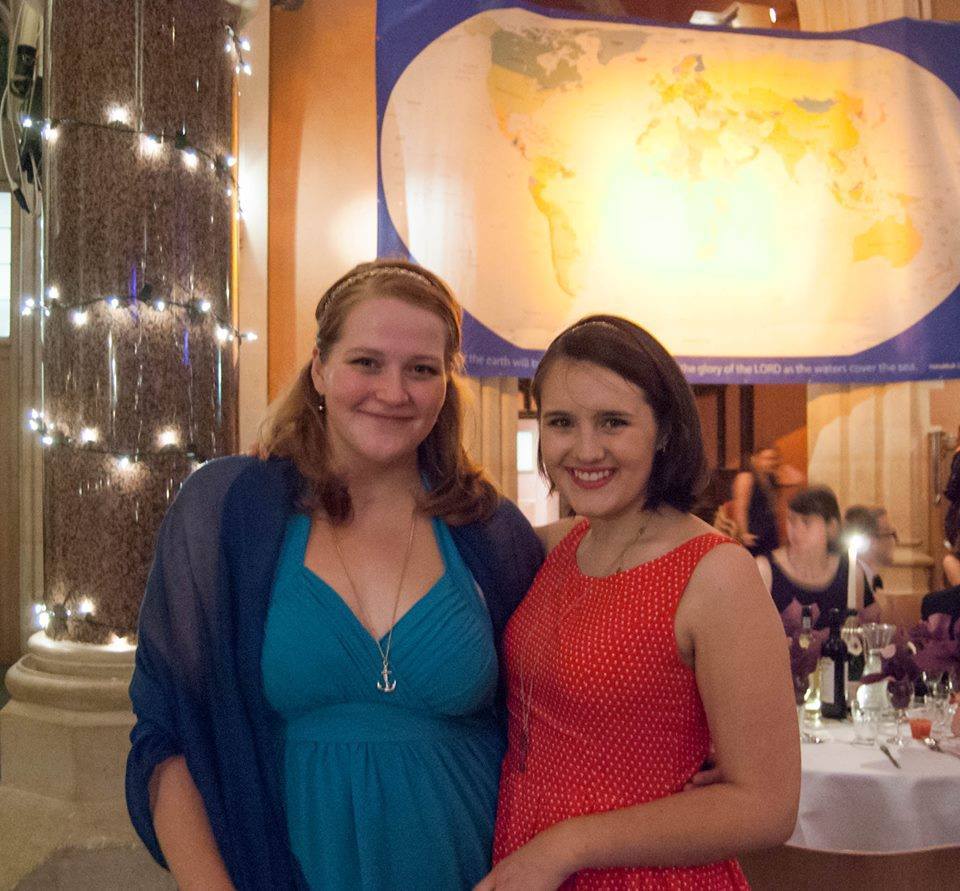 My college also has a three-course formal dinner twice a week. As a member of the college choir, I get to attend one of those dinners for free every week.

This is a great example of the ways in which I’m doing new things at Oxford. Last week, Monday night was the only evening in which I didn’t either go to a social event (Formal dinner! Mixer!) or try something new (Wine tasting! Ball!). One of the things I like most about being at a big university like Oxford is that there are always tons of things going on – and as a visiting student, for once in my life I am not involved in organizing any of them.

Last night was another something-new. Apparently, Oxford usually has a Christmas market, where you can drink mulled wine and wander the streets, shopping for gifts at little stalls along the way. The trees are lit up with lanterns and twinkle lights. I was told by a friend, “It’s the best thing EVER.” 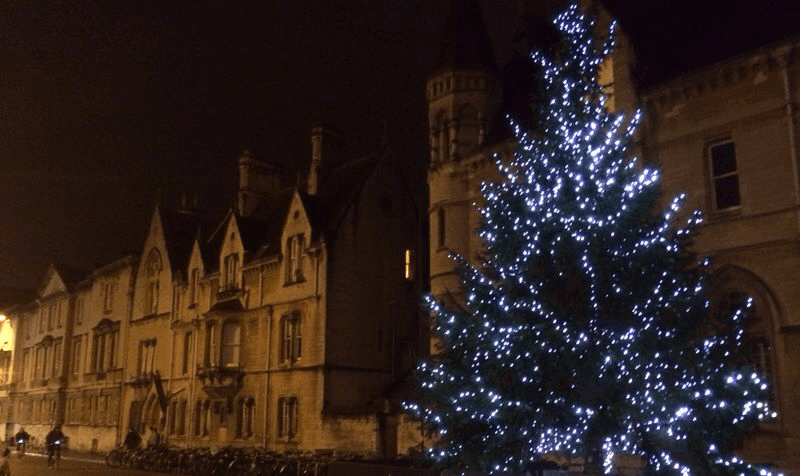 This year, though, things were a little different. Instead of having a single street blocked off for Christmas events, there were several things happening throughout the city. It was a cold and rainy night, but, undeterred, my friends and I went off to explore.

The results were… interesting, to say the least.

Interesting because it seems that, after deciding not to have a Christmas market, the idea of a “Christmas light night” also changed. The events we went to were not Christmas-related at all. There were the giant blue inflatable balls that made humming noises when you put your ear to them. 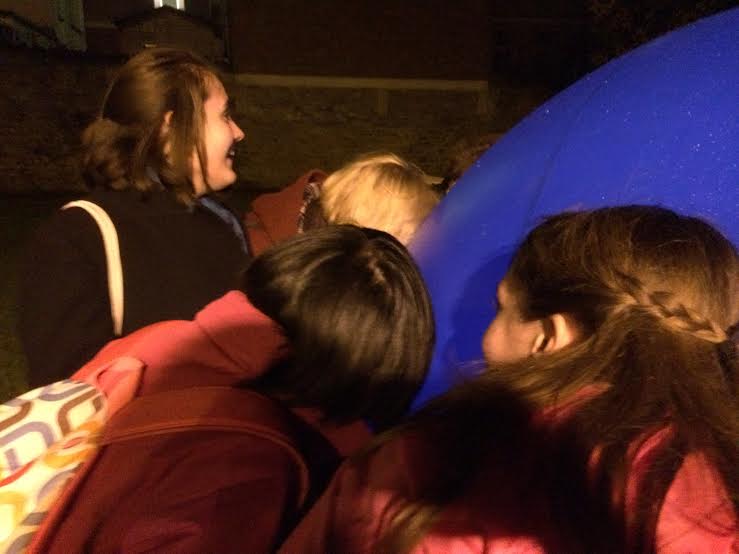 The “mechanical birds” that were actually glowing green screens that whistled at you when you stood under them. 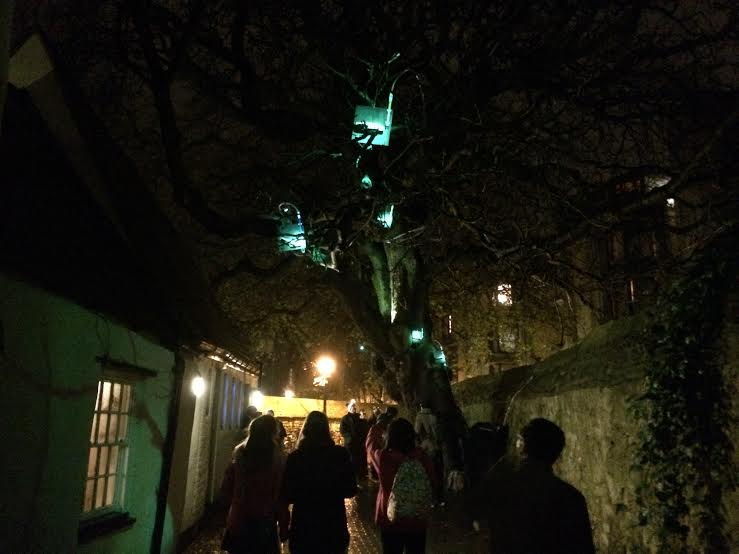 Then the museum where there was a badger playing the trombone, and giant inflatable lanterns in the yard. 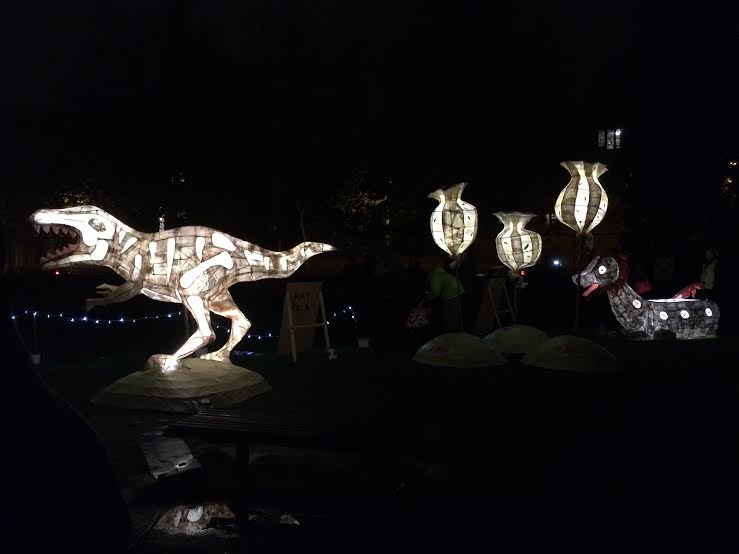 Not Christmas lanterns. Dinosaur and dragon and pomegranate lanterns.

I’m getting more and more excited for Christmas. I’m excited to spend time with my family, to celebrate the New Year’s with my friends, to have access to my craft supplies and my regular haunts. Even if it means saying goodbye to Oxford for a little bit. Because luckily, I know I’ll be back in the new year.