Hi friends! Today is the third installment in the Summer guest post series, brought to us from Hayden over at Haute Table. She’ll be talking with us today about what she learned in her first year of college! 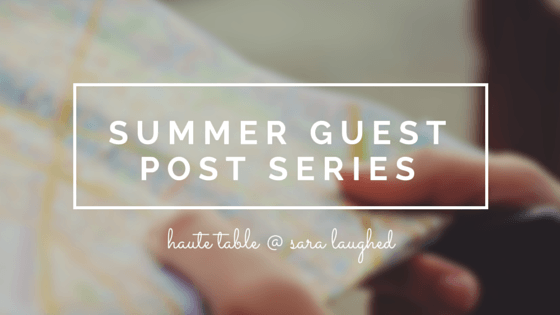 Hey college freshman, this one is for you!

The year has wound down in Austin, and now I can reflect on my first (amazing) freshman year at The University of Texas at Austin. Below are a few stories about what I learned my freshman year, that will hopefully help you as you enter campus.

When I first arrived in Austin I was going through sorority rush, and it was not the best experience for me. Then my parents had to leave, during my emotional state after dropping out of rush, and I was not sure how being alone in a new state was going to go. I was really worried I would not fit in, or that I would not make any new friends, but thankfully it all worked out: it was my first night in the dorm with my roommate Devi, and we decided to go to a game night in our dorm. I was still a little shaken up about my sorority dreams being crushed and she was trying to perk me up. We ended up playing Twister and a ton of people joined in. After that it was HeadsUp in which we were laughing so hard three more people joined the group because we seemed like we were having such a great time. It was then that I met Barbara and we made plans to go see where our classes were the next day. I am eternally grateful for that game night. Devi and I bonded, Barbara and I became friends, and I met some amazing people. It goes to show that you do need to put yourself out there. This is one of the biggest pieces of advice I would give to any person entering their freshman year. Go to the events they put on for you and just talk to people. 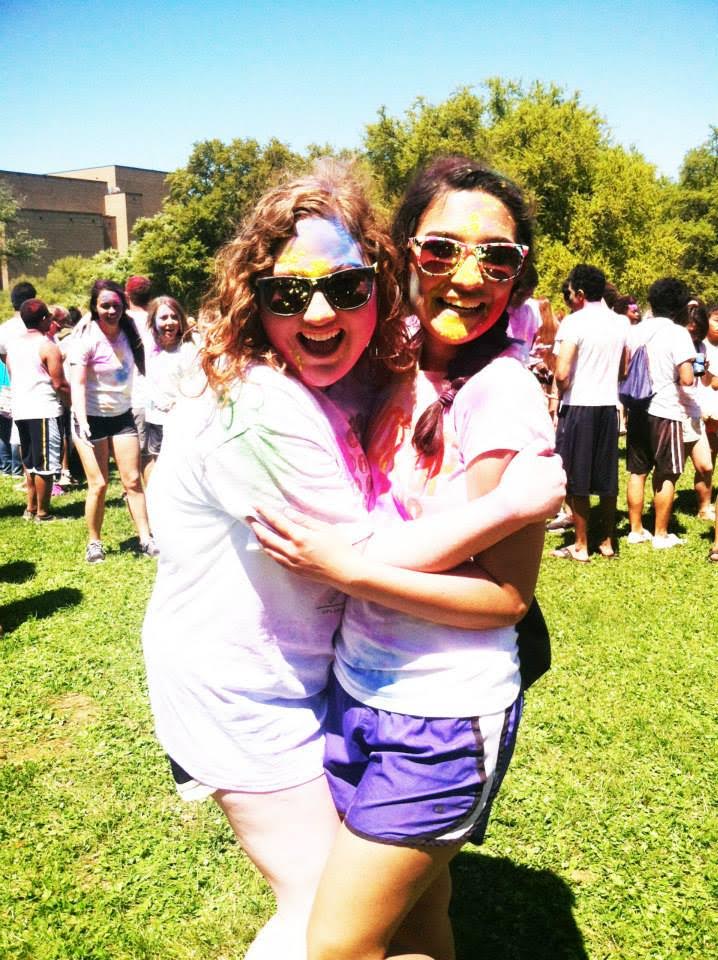 Since I was an out-of-state student and I knew no one going to UT, I met my roommate on Facebook (we actually celebrated our one year roomieversary on the day I first messaged her). We messaged for months and finally met for dinner before our orientation started. We clicked and decided to be roommates. However, no matter whom your roommate is – be that your best friend, someone you have never met, or someone you have talked to for months – living together is HARD. You will go through periods of not talking to one another, periods of talking constantly, and periods of not liking each other. So when all of those things happen, you need a special spot. Somewhere you can go to either get stuff done or just relax. I have two for studying, and one for my mental happiness. They took me a while to find. The first is our beautiful architecture library on campus and the second is a specific floor of our Union. For my mental health, it is the Blanton Museum of Art. There has to be somewhere on your future campus that calms you down. Be smart, start looking at the beginning of the semester and stake it out. You will not regret it.

Lastly, if you have not already learned this, some things are out of your hands. I am someone who is pretty much always in control of her emotions and situations. However, when I entered the college process I soon realized that once I sent off my applications there was NOTHING I could do to convince them I should get into their university. This will also happen in college. Some things, like your grades, the ways people perceive you, your sorority/spirit group bid, or anything else under the sun, are not in your control. So just let go and don’t worry about them. This happened to me frequently in college, I thought I would never get into anything because the sororities didn’t work out, no spirit group worked out, I applied to be in a council for my college (which I am now a proud member of) that didn’t work out, and I interviewed to be part of my college’s honors fellowship –that didn’t happen either. I could not believe it. However, you have to learn to let go because did all of that really matter? NO! I ended up creating my own spirit group, eventually got into my college council, and I am involved in so many other amazing organizations on campus. Either it is meant to be or it isn’t (I know, I hate it when people tell me that too). But it is true.

College is going to terrify you, if it doesn’t you either one of the toughest people ever or you are lying to yourself. I tried to make it seem like I was not shaking in my {cowboy} boots but I was. Leaving home is scary whether that be for three hours by car or three hours by plane. But you will survive, and if you fail at something, anything, just brush yourself off and try again. You have got this.