I love blogging. I love sitting down to write, sharing bits and pieces of my life, and hearing from some of you in the comments. One of the things I love most about it, though – something I never expected when I started writing – is that I can jump to any period in the last four years and see exactly who and where I was then.

I’ve grown so much in the years since I started this blog. Each passing year has had its own kind of magic and difficulty, the last few turns of which have been captured here, in my little corner of the internet. So whether I want to relive my summer in Jerusalem or my very first round of college finals, it’s all here, for better or for worse (and sometimes it’s definitely for worse. It took me a while to find my “voice”).

Because I love being able to reflect that way, last year I wrote one of my favorite posts on this blog – My Sophomore Year in Words and Pictures. And since this year has been even fuller and more life-changing than the last, I thought it might be fun to walk down memory lane with you. 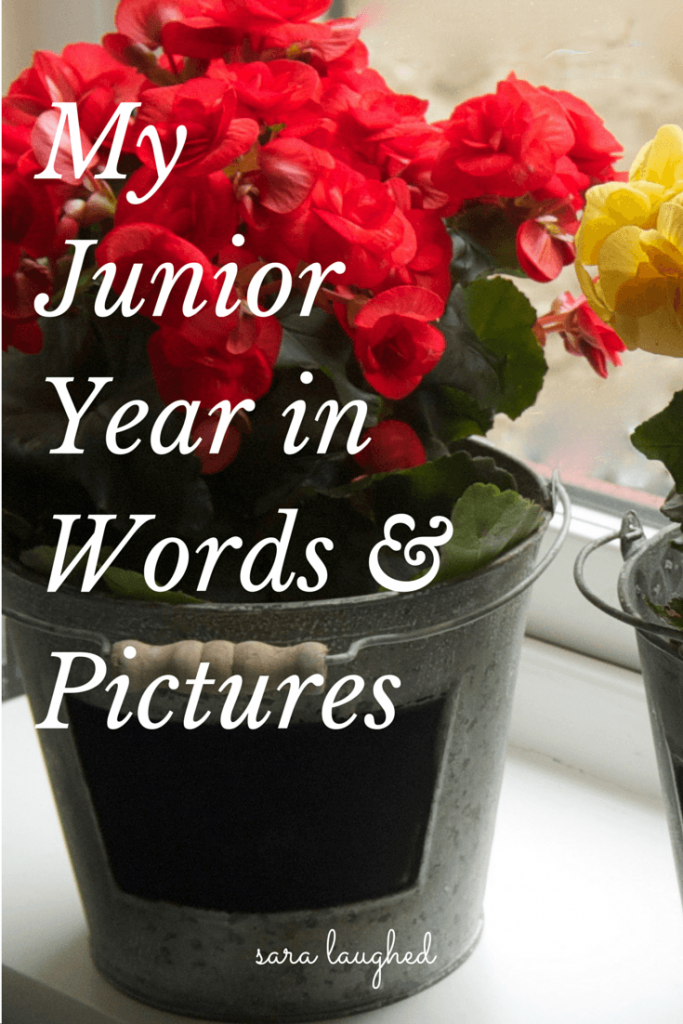 Let’s begin in September, when school started for most of my friends. 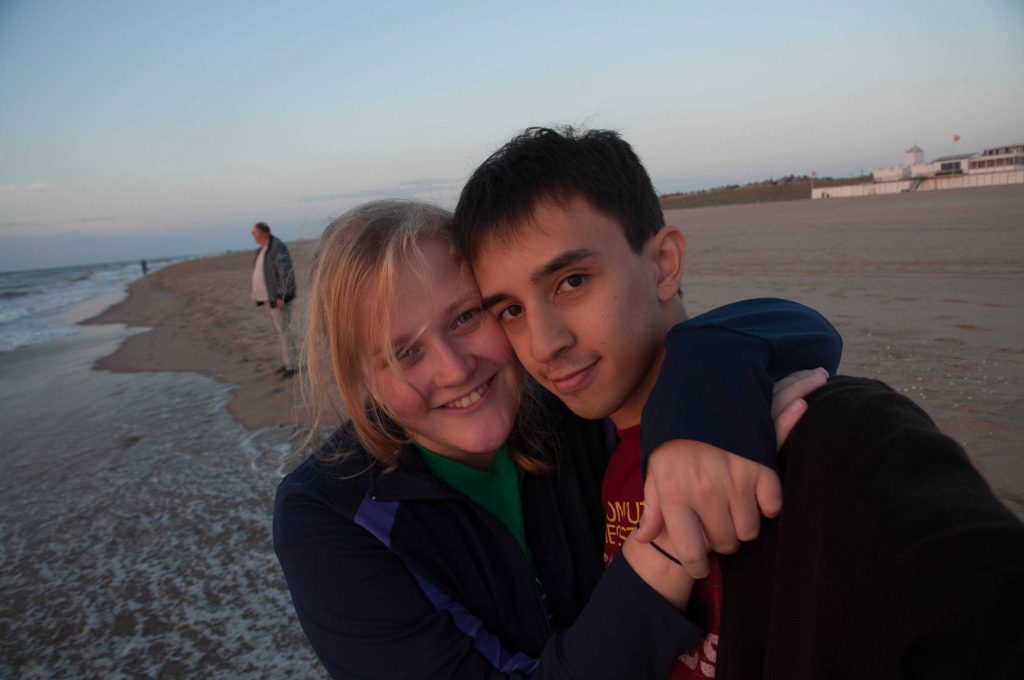 I started September in the Netherlands with my boyfriend, Ken. The Oxford school year begins in October, so I had an extra few weeks to spend with him before my term began. In that time, we decided to dye my hair bright red and go to Rome for a few days, a lifelong dream come true for me (both Rome and the red hair). 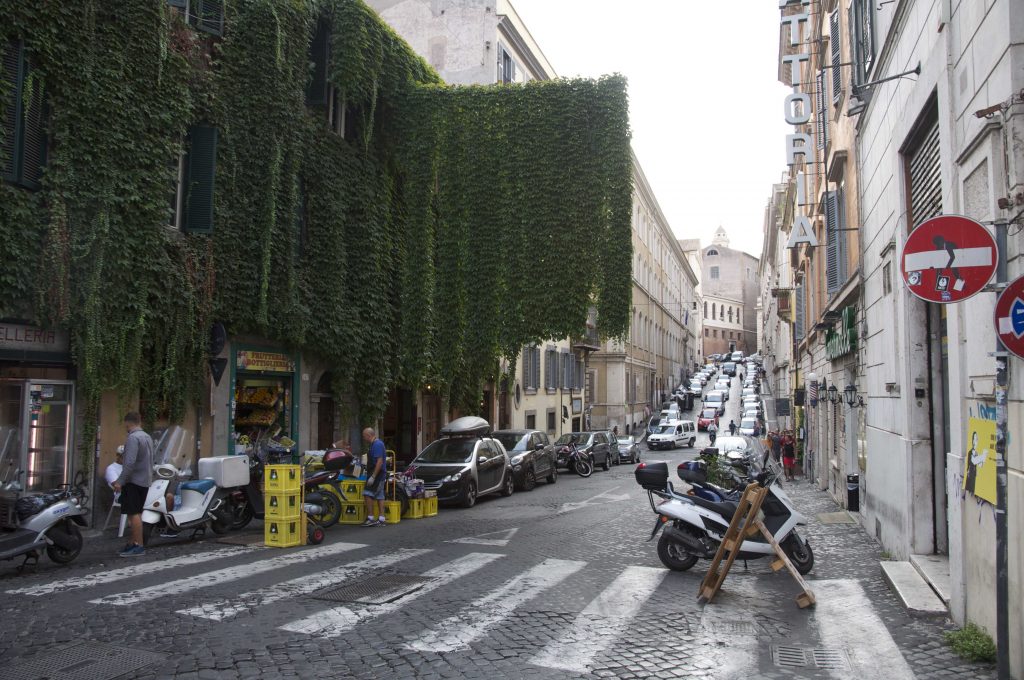 We saw many of Rome’s famous landmarks, including the much-beloved Fontana di Trevi, which was unfortunately under construction. Ken and I kept track of our journey in the form of a ton of photographs and an ‘espresso log,’ where we rated every Italian coffee we tried.

A few days after we got back, it was time to fly to England and start my junior year. 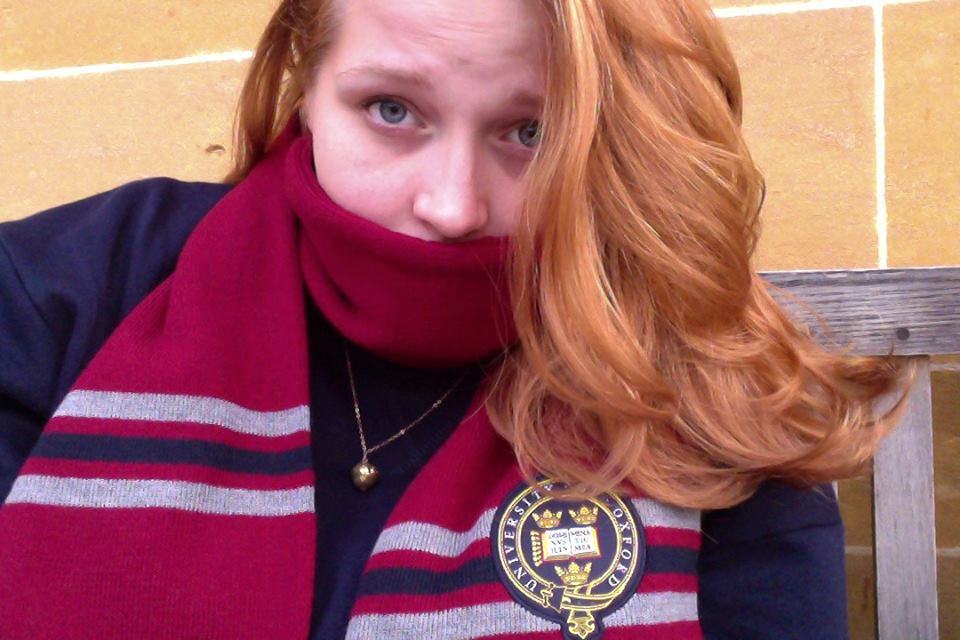 Oxford was, upon first impression, rainy and cold. I warmed up to it quickly! My mother came with me to “help me set up my room” (read: relive her years in Oxford) and helped me make a home for myself. See my first roommates, the plants George and Harriet, below. 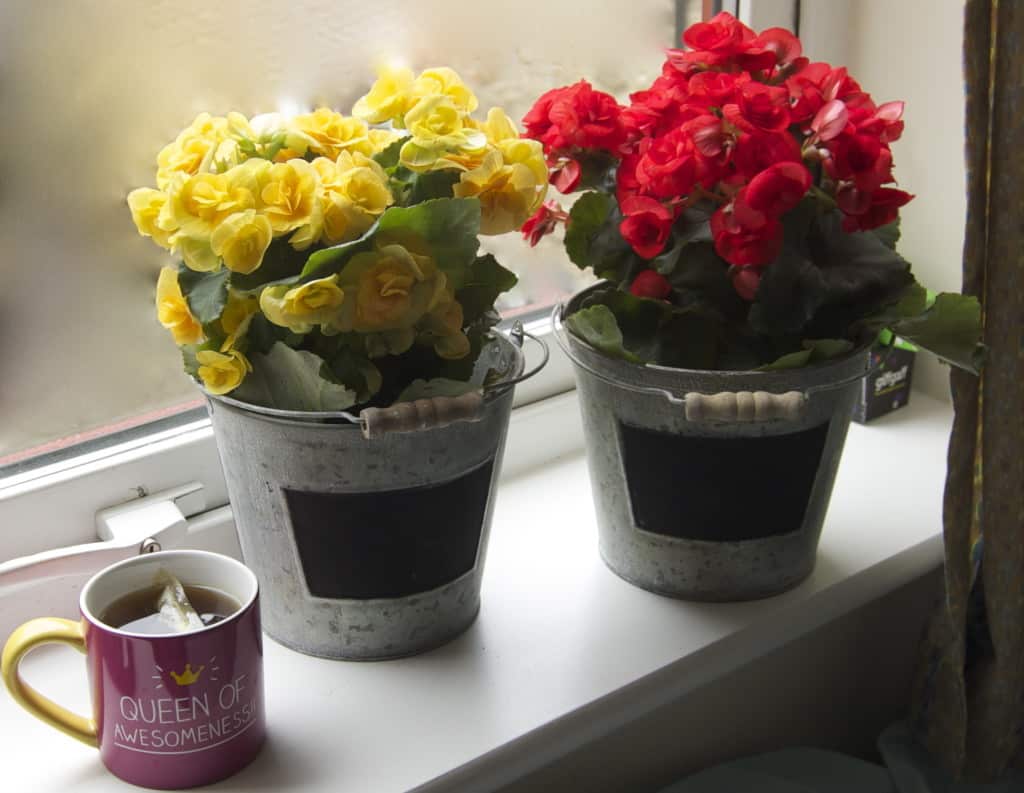 My tutorials began in early October and I spent the rest of my time making friends and getting lost in this very small city. Luckily, getting lost is one of the best ways to get to know any place, so I spent plenty of days finding new cafés, bookstores, parks, and places to spend my time. 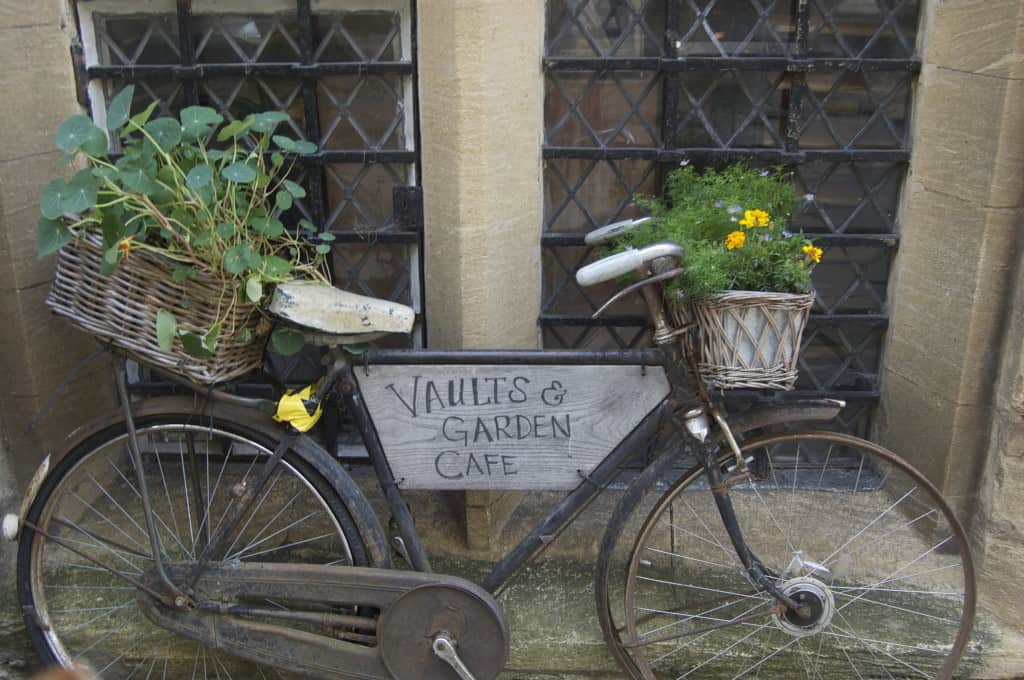 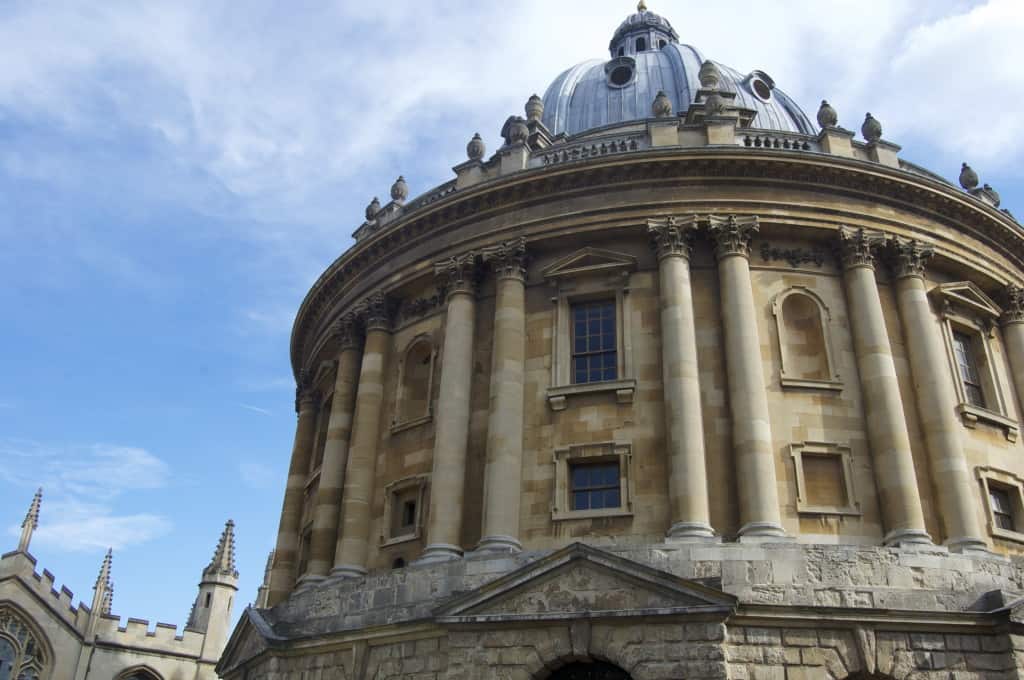 Within a few weeks, I had oriented myself and was more focused on writing my first tutorial papers. I can honestly say that I’ve learned more in my field this year than in any other time of my life. Because I was a visiting student without final exams to worry about, I was often able to choose many of my own essay questions, which was a huge luxury. 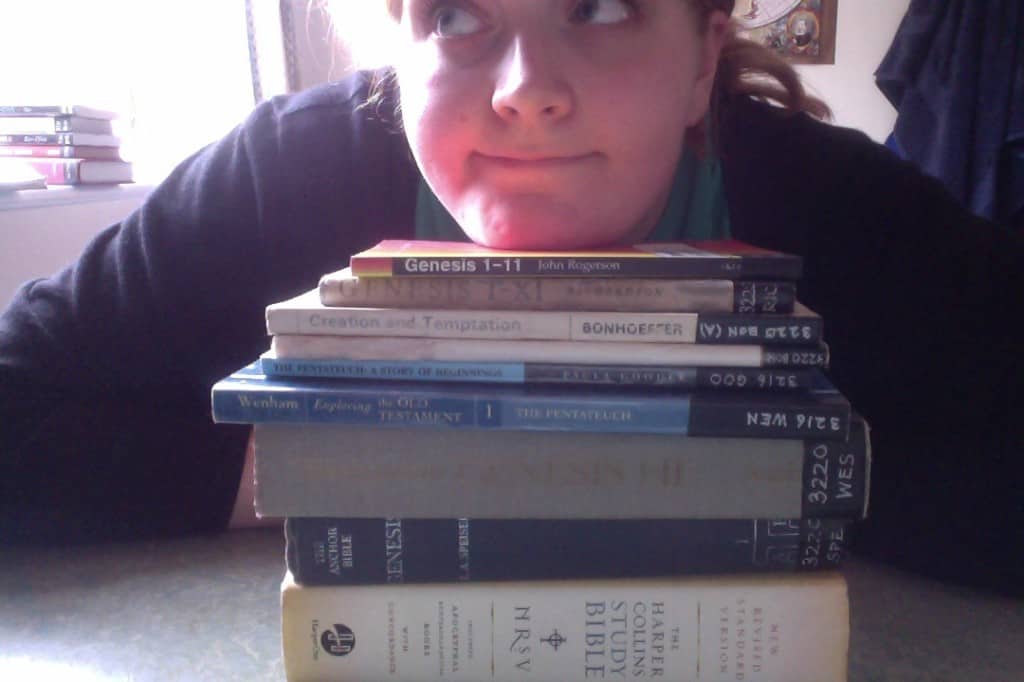 Being happy and nerdy with some intro books on Genesis 1-11.

I also had the opportunity to experience a ton of formal events at Oxford, which totally made up for skipping my high school prom in favor of a pajama party. 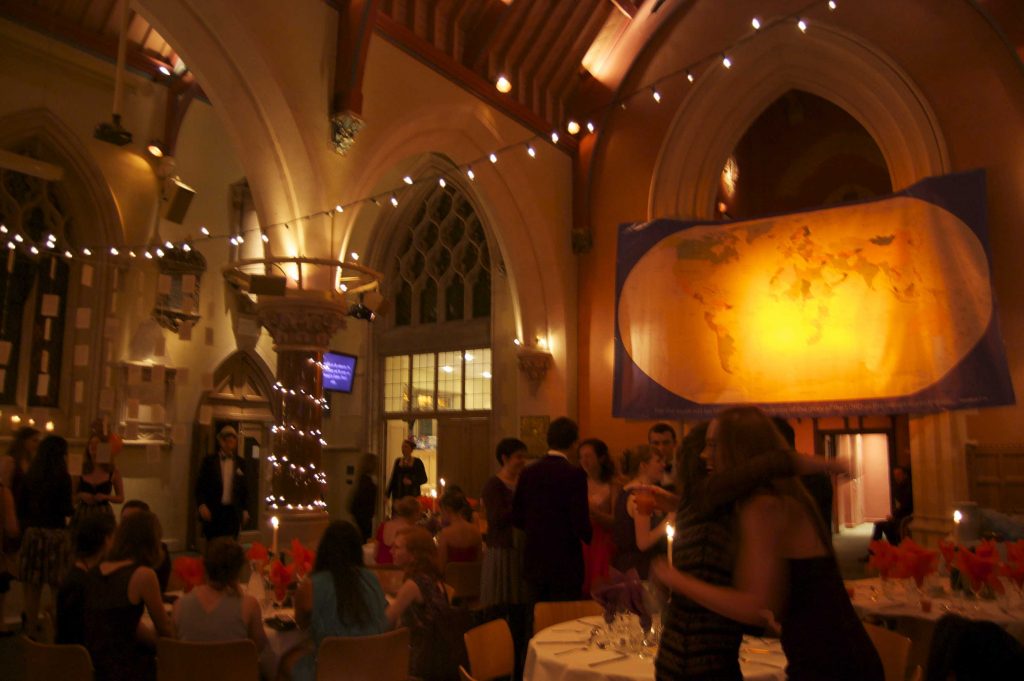 After term ended, I flew home to the States to spend Christmas with my family. Ken managed to come spend Christmas with us, for the first time in our three-year relationship (does this make us grown-ups?). Pictured left in the photo below is Broseph’s rolly scooter, which he had to use for two months after a leg operation. If you look closely at the Christmas banner on the piano, you can see that Broseph is wearing a cast. 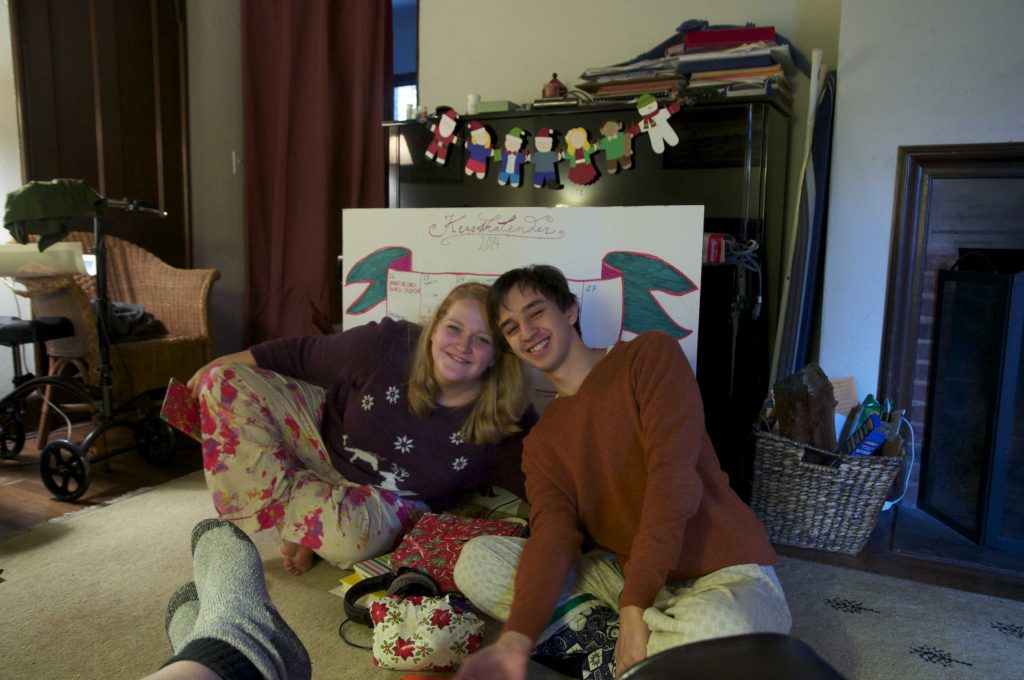 Ken stayed in the States until New Years, which we spent with a big group of my closest friends. He flew back a few days later, and I came to visit him for a week before I want to Oxford to start my second term. 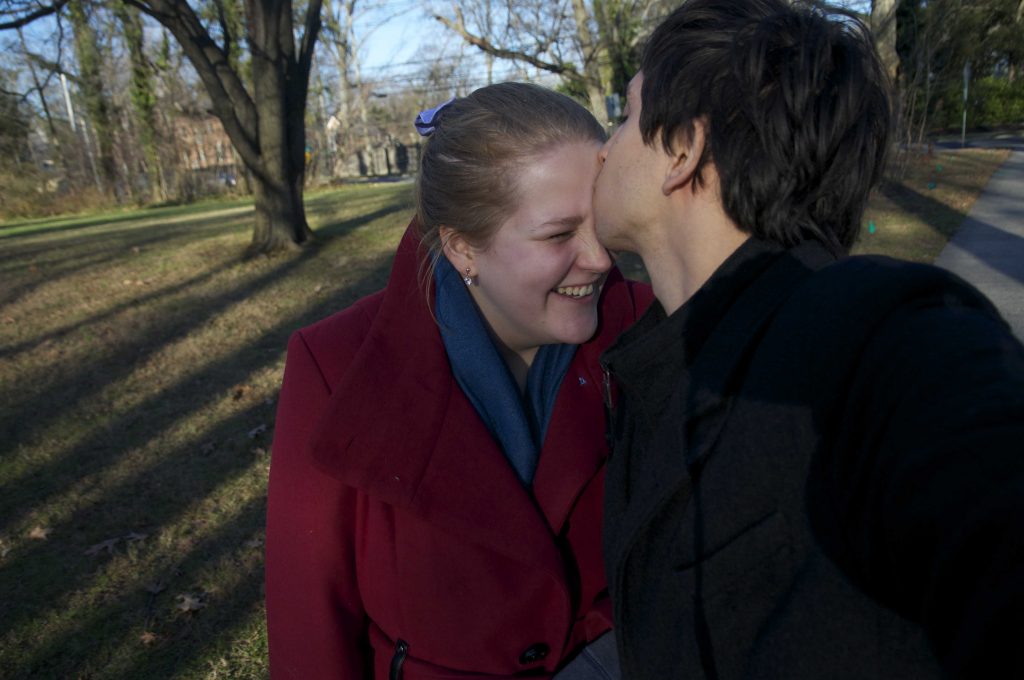 Hilary term was difficult for me, but I did my best to make the most out of it. A few highlights from Hilary Term include my college’s Blop (read: half-ball, half high school dance in the gym), and torpids, a “uniquely Oxford” boat race. 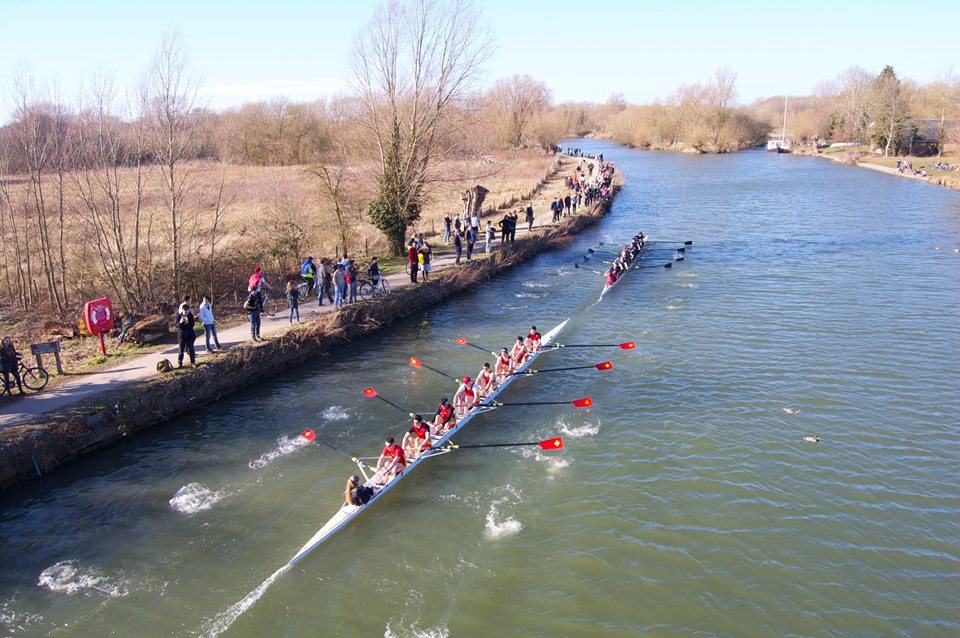 Over Spring Break, I made some work for myself by refocusing on blogging, and was featured on Cosmos Mariners and HerCampus. My readership started to grow into the tens of thousands, which has been hugely exciting. Thank each and every one of you for being here to share in my journey!

Personally, I also had an exciting spring break, as I prepared for and went through with my confirmation in the Methodist church. If possible, my religious identity has only become messier and more confusing since that day. Still, I am so incredibly grateful to my friends, family, and especially my godmother for standing by me then and now, as I continue to learn and grow. 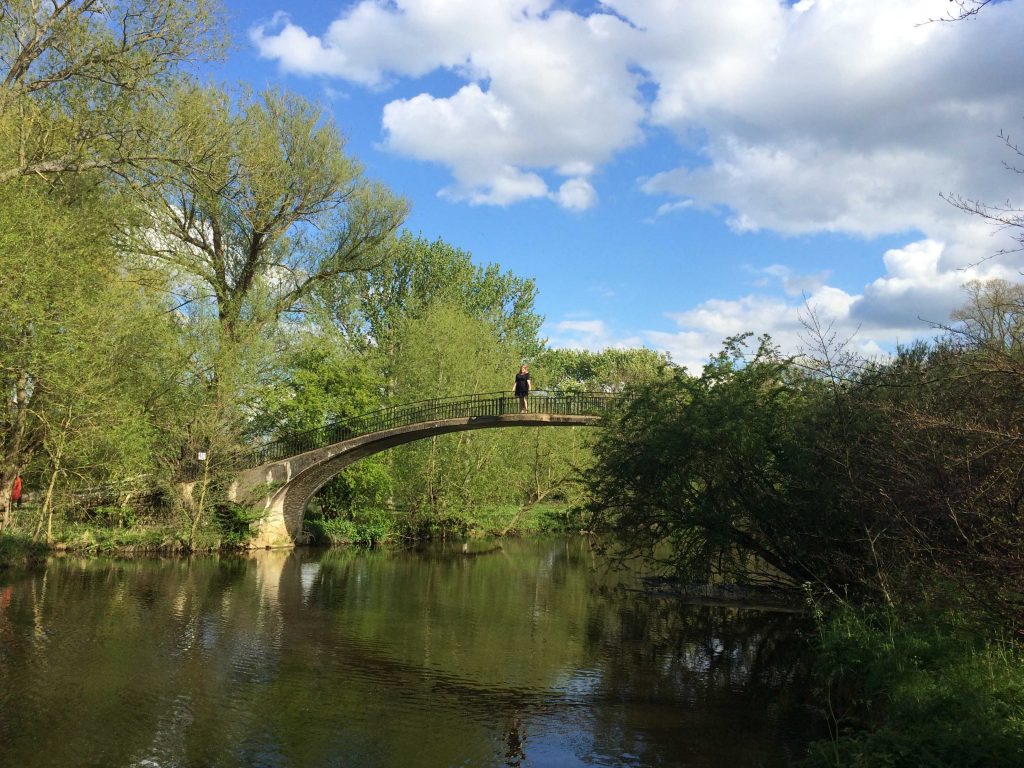 I came back a few weeks later, by which time Oxford was in full bloom. Trinity term was absolutely wonderful, and has completely flown by. The sun and greenery have returned to Oxford, and I am able to go on walks in the park with my friends, study outside, and (eventually, I hope) go punting. 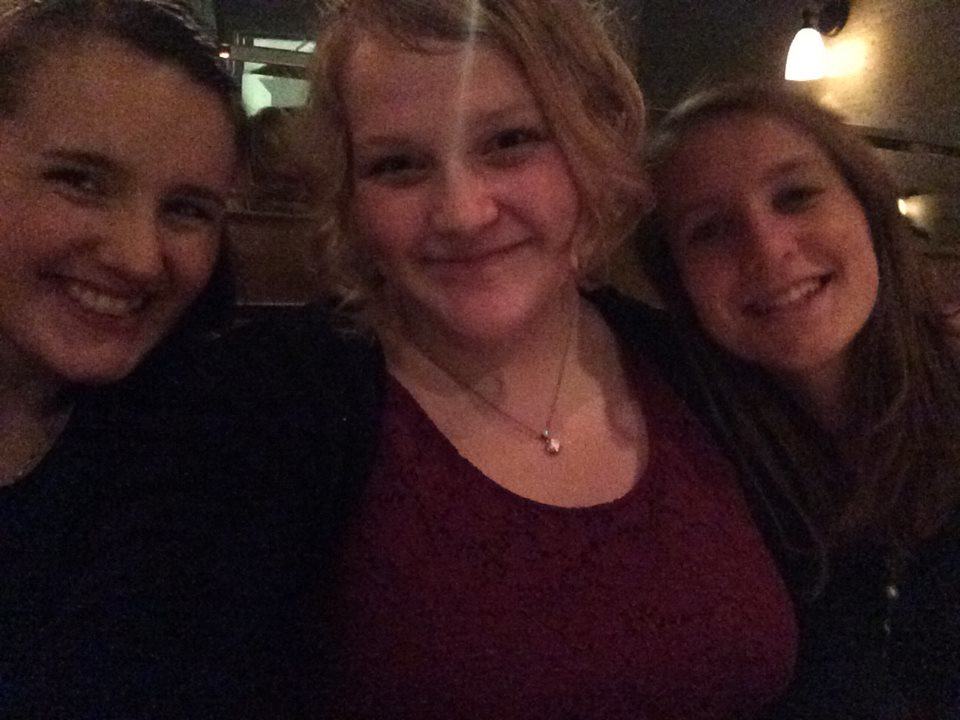 With some of my favorite people.

In the beginning of May, I went to my first official college ball with a few friends, which was a great experience. 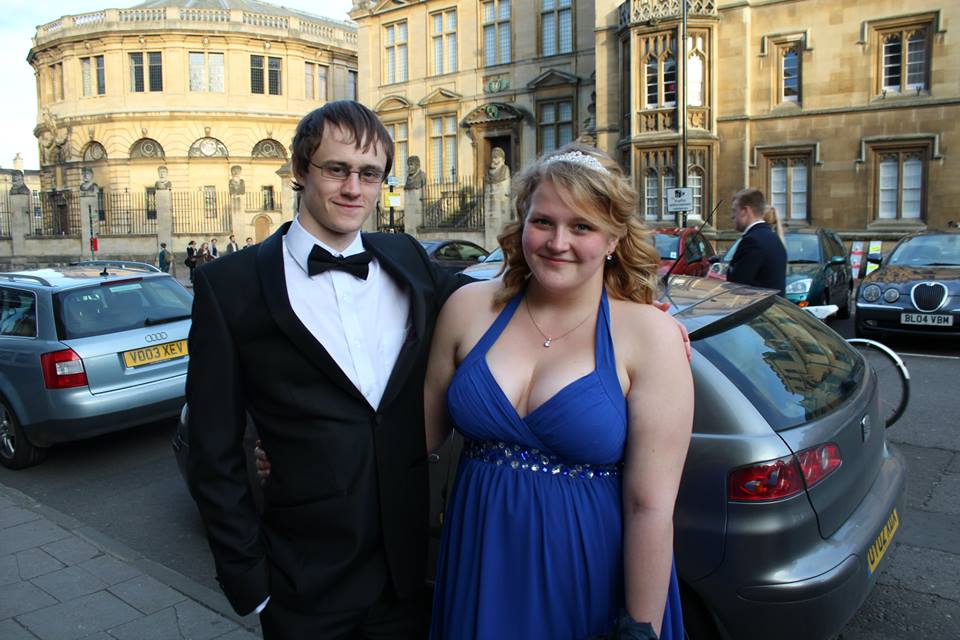 I also had a few people come to visit me at Oxford, including Cecilia and Ken. 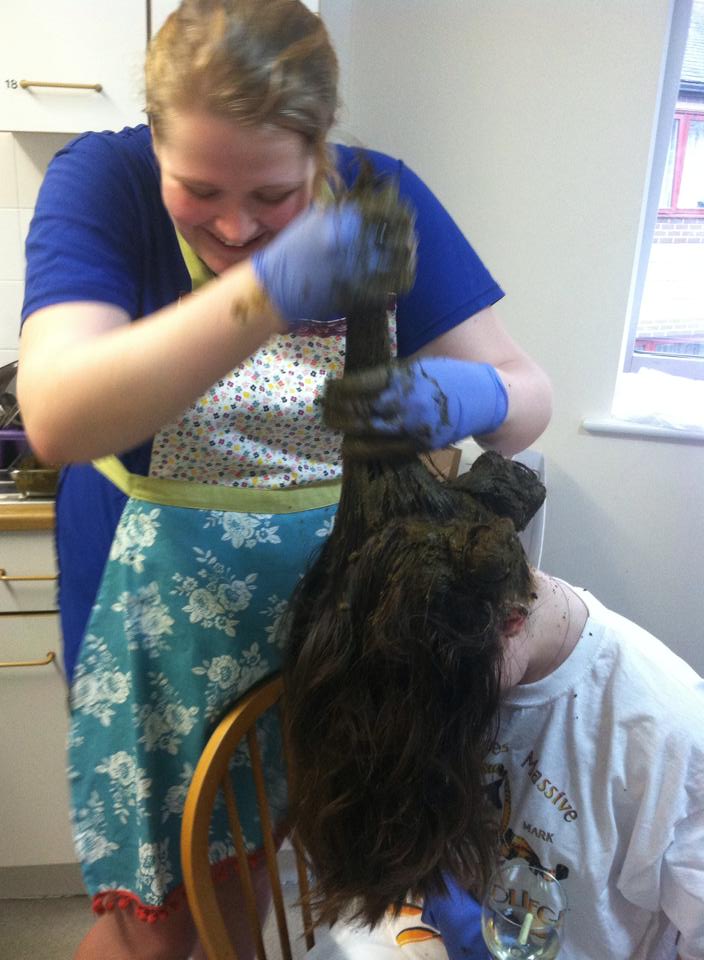 Henna-dying hair in the kitchen.

Taylor also came to visit only a week later, and we went to London for the first time since I moved to England in October (shame on me!). 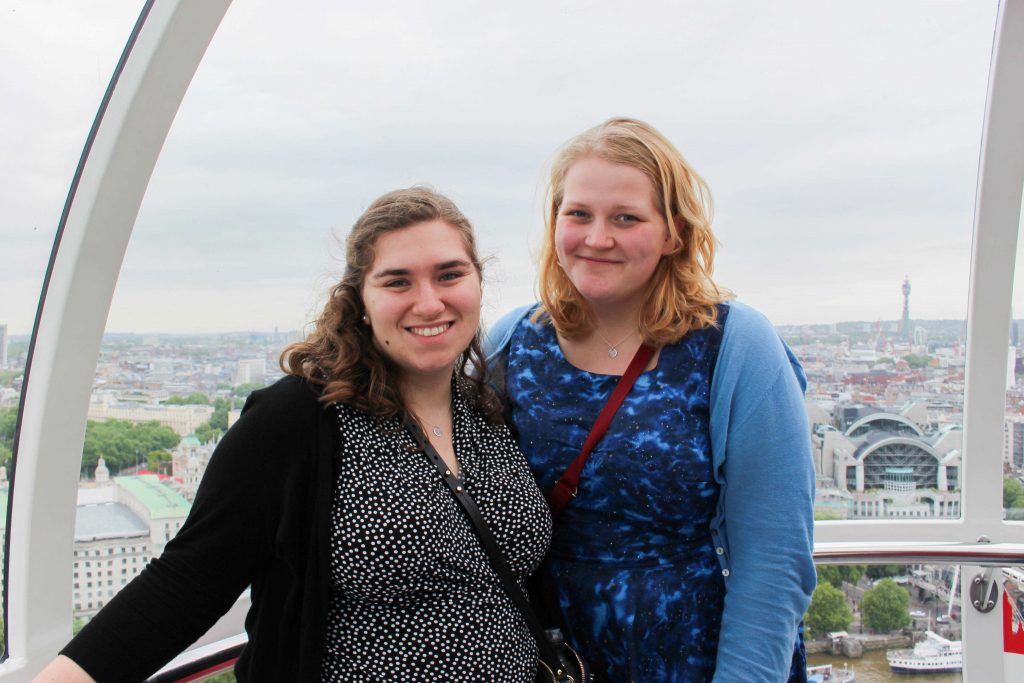 A few weeks later, I was able to see Ken for a long weekend in early June. We spent a lot of time in Utrecht, chasing down Nijntje/Muffie statues for photo ops. Here is one of my favorite pictures of us together. 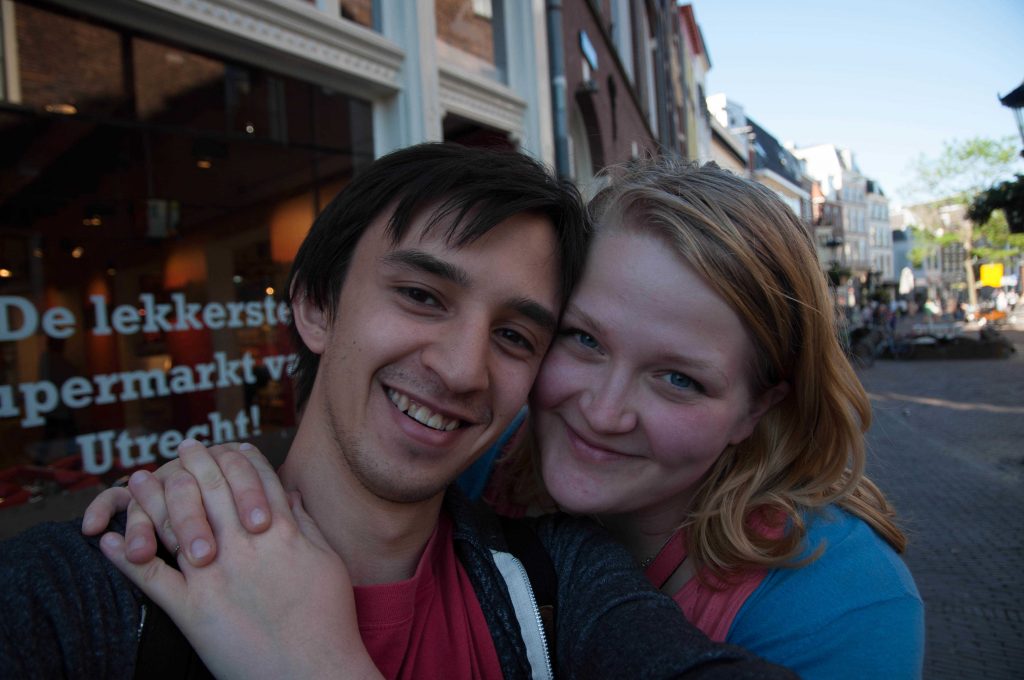 As the term comes to a close, I’m reflecting on my beautiful year here. I was honestly so scared to come to Oxford when I was accepted; I had no idea if I could handle the pressure, the workload, or even the move to a new country. However, now that I’m nearing the end of my time here, I am truly sad to leave. This year has been one of the best of my life, and I have learned things and made friends I will never forget. My time at Oxford, and the ways I’ve grown here, have been woven into the woman I’ve become. I am so honored to have spent a year here, and I will truly miss it when I leave.

I will miss the wonderful friends I’ve made, who have changed my life for the better and made me a richer person. 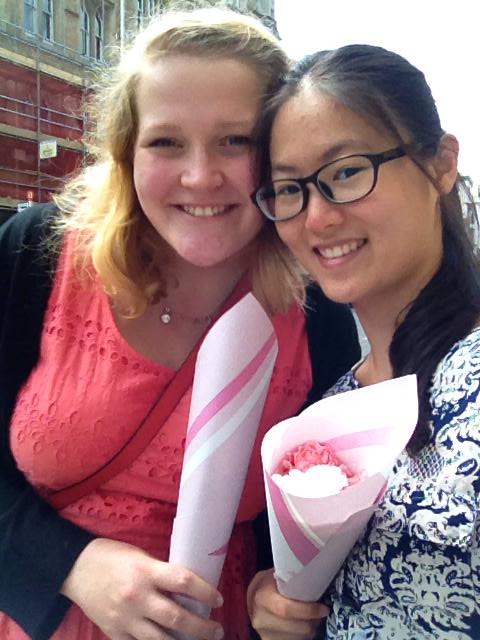 I will miss this city, which holds so much history and promise, which has given me an adventurous spirit and taught me to always look up. 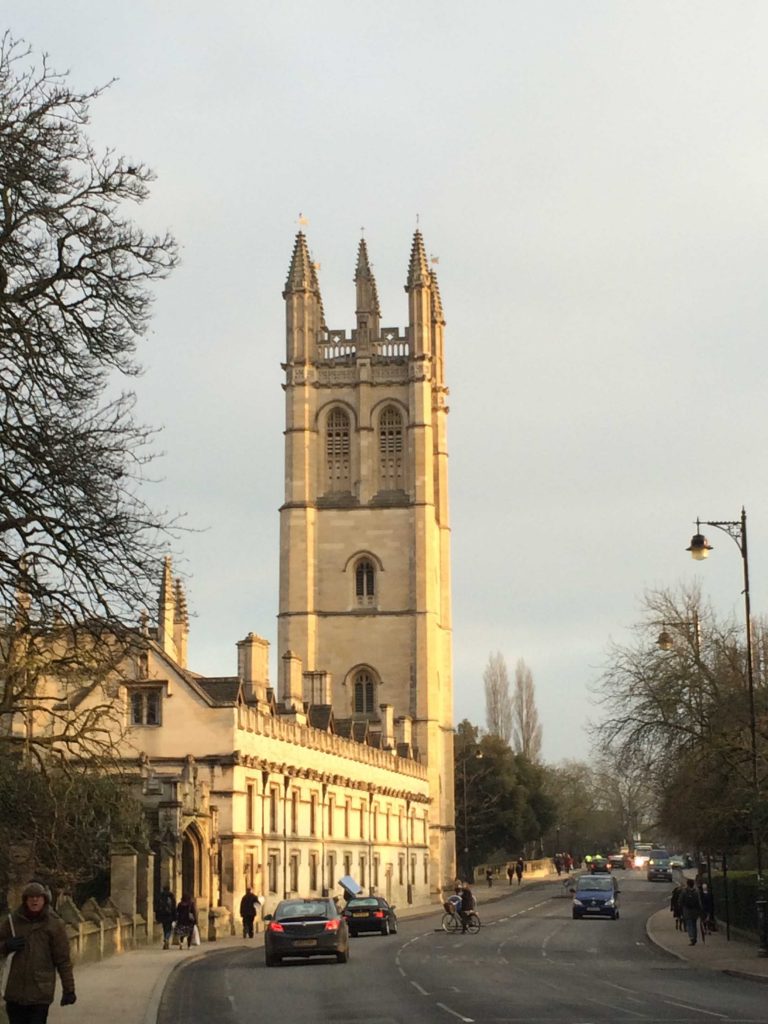 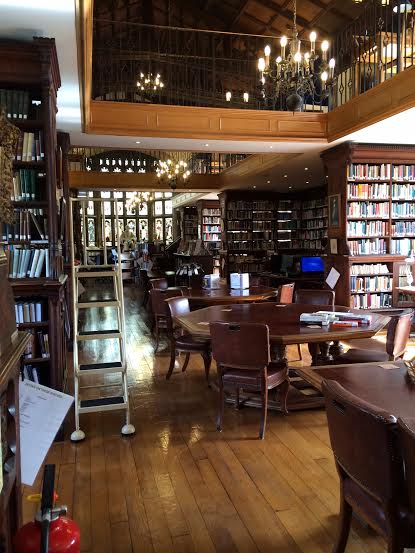 But as much as I will miss my time here, I am also looking forward to coming home, to throwing myself into summer work, and to starting my senior year of college, come September.

On to the next adventure.